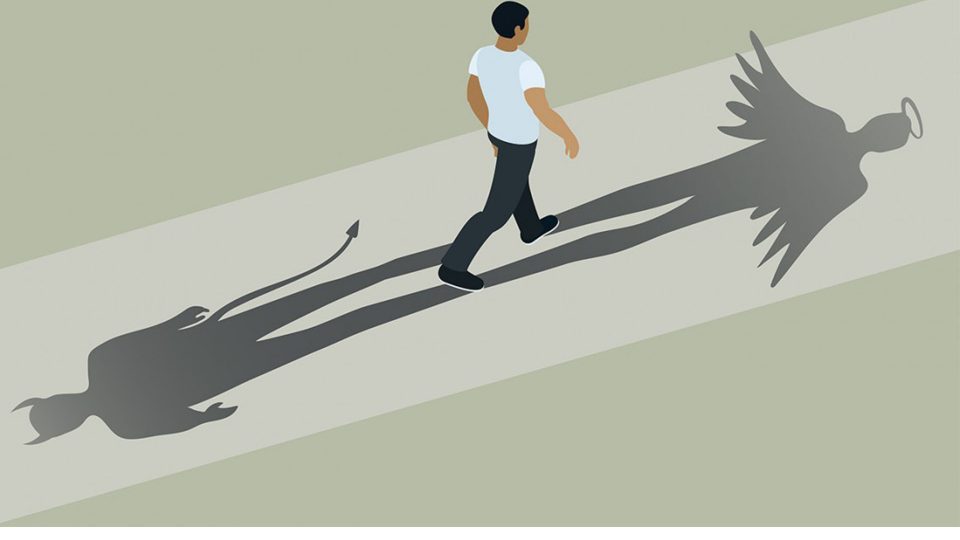 How are we Moral?

The belief that religion is essential for morality is a point that seems so obvious it is never questioned. We believe that religious schools teach good moral values and we ensure our children attend church and Sunday school for the same reason. To be “God fearing” is seen as a positive attribute that we instill into children. Religious texts seem to contain so many moral teachings that no one would dispute this.

Religion is highly important to Ghanaians and Ghana is a very religious country; yet why do people complain that morality is on the decline?

We therefore need to ask, do we really need religion in order to be moral and is religion the best way to encourage morality?

At first it seems confusing. Without religion or belief in a God, what incentive would there be to be good? Without the reward of heaven and punishment of hell why should anyone bother? If we don’t get our morality from God, where do we get it from?

Where does morality come from?

Morality works on the principle that we shouldn’t harm others and that we should work for the greater good. It is rooted in our relationships with other people. Moral behavior has been observed in animals. It’s clear that if we did not behave morally most of the time, by showing cooperation, empathy, a sense of fairness, we would have gone extinct a long time ago. Do we really not kill and rob each other just because religious texts tell us they are wrong?

Morality is not fixed

Humanistsbelieve morality is something we work out and should be flexible to respond to new situations. It is an ongoing project and we believe

we are adult enough to handle it. Morality is not fixed but changes as we grow as a species. Once, slavery was thought to be moral and based on a view of God’s natural order of things. But brave people, such as  Frederick Douglassand William Lloyd Garrison, stood up against the prevailing orthodoxy and reshaped our moral understanding.

Fear does not work

Fear is not discipline. Acting out of fear is an instinctive response based on self-preservation. It means you react to protect yourself from punishment from an external source. Is fear of punishment the reason why so many people find it hard to admit their mistakes?

If you control people with external sources of fear – God, beating, etc. – you have to ensure that source is always present to continue monitoring and punishing individuals: and that’s not possible.

The alternative is to nurture an inner discipline based on moral values, showing why it is pleasurable to do good things and to take a personal pride in doing good. We believe in personal responsibility based on the unique qualities human beings posses such as the ability to reason and empathy with others.

Acting out of Reward and punishment is not moral

If you saw someone in an accident why would you stop to help them? If you only did it because you were told to or because you wanted a reward or were scared of punishment, how moral is this choice? If you acted for no other reason than you felt compassion and empathy towards another member of our species, it seems to me that this is the true, selfless moral act. Acting with no expectation of reward.

Is more religious morality the answer?

In our history, morality was reinforced by religion and was very effective. But it only works when we all agree on the same religion, the same religious values and on absolute authority. In an increasingly pluralistic society, in which tradition and authority are no longer obeyed without question, this is no longer the case. We can no longer make everyone think the same way and prevent inquiry. Instead of invoking the past, we need to move to the future.

There has been a lot of criticism of religious people who behave immorally. How could this be if belief in God is the only thing needed to be moral? To say these people are not religious enough skirts the issue.

But as times change and new issues present themselves we must be responsive enough to handle them. Religious morality worked when everyone accepted one religion and didn’t question authority. Education means that this has changed. We cannot hang onto something that no longer works. It’s time to be brave, as we’ve always been, and move to humanism.