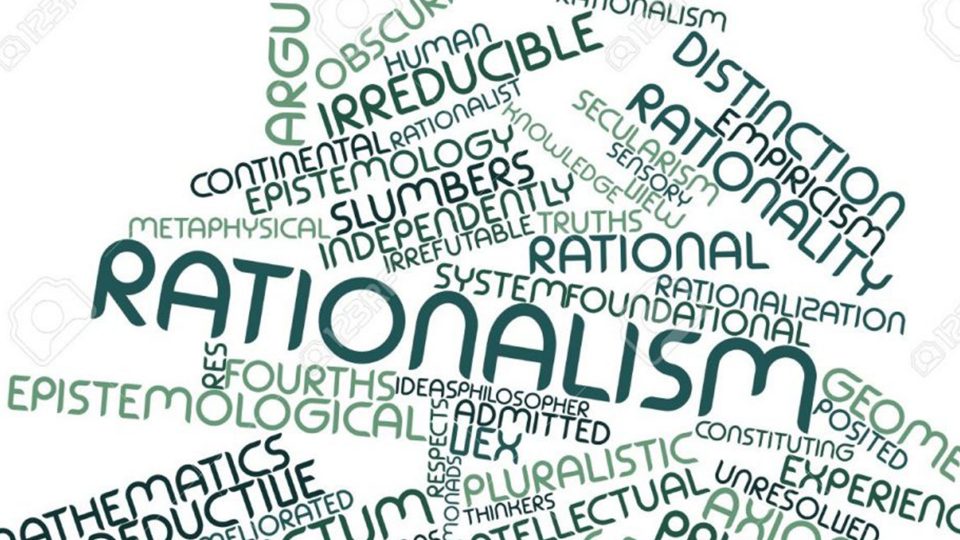 A RATIONALIST is someone whose worldview is guided by reason. He refuses to swallow any idea or dogma that does not make sense. He critically examines any idea presented to him and takes what can stand scrutiny and discards the rest. Or he just suspends judgment until more information is available to make a judgment. There are seven major reasons why I am grateful I am a rationalist rather than a religious believer.I guess there are many others and readers may add to the list.

I don’t have any unnecessary fears in my worldview. I am not afraid of demons, witches, spirits – both evil and holy, principalities and powers, Satan, or imaginary places like hell, etc because I don’t believe any of these things exist. There are enough real things to be afraid of in this world without conjuring up all these imaginary things as well. Those who have a religious view of this world are not so lucky. I have a relation who had a bird stray into his compound. He identified it to be a raven, and because it was mentioned in the Bible, the whole family was terrified. There were prayers and fasting for days to ward off the “imminent dangers”. A rationalist is free of such fears. They are all superstitious nonsense.

The second is that I don’t have unnecessary feelings of guilt. The phenomenon of ‘sin’ is a religious idea which I don’t subscribe to, and I don’t wake up every morning feeling guilty of being a sinner, confessing and begging for forgiveness of sins -“both known and unknown”. I keep the laws of my society, and I try to keep the golden rule – treat others the way you will like to be treated – a rule that predates all the major religions. I don’t worry whether I have disobeyed any of the arbitrary religious laws, whether I am reading any holy book regularly or praying certain number of times, or going to church regularly, or worshiping an idol lately. I can do anything I want freely within the law without feeling guilty because I have a more rational idea of morality – respecting the rights of others, acting with integrity, and trying to leave the world a better place than I found it. Religion, instead of shaping morality, actually confuses it by bringing in all this baggage which has nothing at all to do with real morality.

The third reason is that I live for this world, and I try to live it to the full. While it can be comforting to believe in a sort of afterlife, the reality is that when you spend all your time in this world preparing for the next world for which there is no shred of evidence, you really lose out in enjoying what this life has to give.

That leads me to the fourth reason. I love real people. I don’t give imaginary gods and friends priority over the relationship I have with real people. Religious people risk letting their relationship with their imaginary friends and beings get in the way of their relationship with real people, friends and family members especially if that person doesn’t share their beliefs, or happens to be gay or polygamist for example… I am able to relate with anybody no matter his or her religious or sexual leanings.

I am proactive, and I like to take my destiny in my own hands. I set goals and I go for them. I don’t believe in praying for the things I want in life, nor do I think praying for other people does anything to help them. If I want to help people, I do it directly, and take responsibility or credit for it myself. I don’t feel that because I have prayed for somebody, I have done something for them. This does not mean I don’t wish people well. I try to help practically. Like Chinua Achebe said, “while prayer may give food for the soul, it gives nothing for the stomach”.

My sixth reason is privacy. Christopher Hicthens put it like this – “If religion were true, it would be like living in George Orwell’s world – where even the smallest details of your every action and every thought are monitored, and where you can be prosecuted for even “thought crimes”. Very scary indeed! I feel lucky that nobody is watching me 24/7, and so I have a sense of real privacy.

Finally, this is a rather selfish reason why I am happy to be a rationalist. I get to save 10 per cent of my income, I am able to put in a full day’s work on Fridays and I also get a few extra hours of sleep on Sundays!