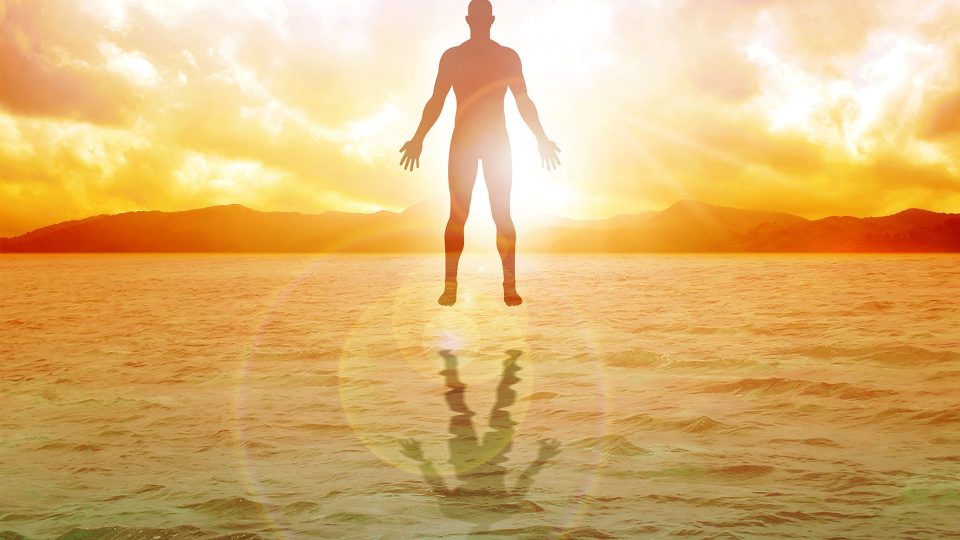 Spirit is a word most frequently used in religious settings, a concept invoked to explain the difference between a living body and a corpse. The cry for an explanation stems from the fact that there is very little physical difference between the two states. Without recourse to a potent set of theories on matter and energy, the ancients thought it wise to invoke a new element, separate from matter that animates all life and dynamism, and us spirit was born. In possession of this new concept, they could now understand, or so they thought, the difference between life and death, static and dynamic systems and finally through this simple idea two worlds were born; the material world and the spirit world. This, in my view, was the beginning of all false dichotomies. Its birth was not a singular act, it came with a plethora of concepts related to what spirits are, what inhabits the spirit world and where they go to when you die and the like. The concept was a problematic one, opening up more questions than it answered. I will not bother to give an exposition on why the concept is no longer useful but to shed some light on the discoveries that have been made and the new picture of the world we are forced to adapt if we wish to be consistent with the facts. In this piece, we will hijack the concept from its religious beginnings and employ it as a useful concept in a materialistic world view.

The insights gained from the discoveries of the enlightenment have not been easy to digest. For the most part, their true values have gone unappreciated. To a deeply introspective character, mindful of man’s capacity for inconsistency and ironic contradictions, a question or set of questions forces themselves on their attention. What is the human spirit? For the benefit of all those eager to misunderstand me, let me say that, by spirit, I mean nothing supernatural, non-material or even divine. I am simply referring to the things that characterize the human condition, its values, achievements, and aspirations. Lacking a useful knowledge of my audience, I will like to state in the following paragraphs why this question is difficult and possibly suggest an answer. To be sure, my own opinion on the subject is not original but a distillation of all the inquirers who came before me and whose thoughts have shone some light in an otherwise dark universe.

First on our list of considerations is astronomy and its closely related fields. The Astronomers never lose the opportunity to remind us all about our insignificance in the cosmic scheme of things. To the astronomer, the heavens and the earth are not really deep and fundamental concepts. The apparent difference, they assure us, is due to the difference in frames of reference, not something intrinsic. Starting with the startling discoveries by that famous Italian mathematician, we have come to a better appreciation of the stage on which the universe unfolds. As the great educator Carl Sagan indicated in his television series, Cosmos, we are lost between immensity and eternity. On the cosmic scale where is the significance of humankind?Trapped on this tiny globe, circling this yellow main sequence star, in the boondocks of our local aggregation of stars, we wonder, we ponder, we inquire. The sheer immensity of it all. The human mind is just unable to imagine or appreciate this scale, even with the help of mathematical concepts and advanced instruments.

Secondly, you might think that failure has nothing to teach us, but in chemistry, the many attempts to create fire, extract metals from rocks, turn ordinary metals into gold and all the misguided attempts at discovering a miracle cure for ageing have produced one of themost beautiful tables in the world.A table so beautiful, that the Greeks would have been truly in awe of it. Especially the Pythagoreans, who believed that numbers underpinned the whole of nature. For those not initiated, I am referring to the periodic table. A true distillation of failed attempts. At the culmination of these efforts and the later systematic approach pioneered by Lavoisier come to the following conclusion: every substance you would every taste, see, smell or touch can be broken down into the elements located on this table. More interesting, the central idea is that all the things we observed in our world are made up of some intricate arrangements of these elements. You, me, your cat and the mango tree in front of your house are made up of elements on the table. A truly amazing achievement. To be sure, the astronomers assure us that the elements are also in the heavens or better still the universe.

It may appear as a curious fact that a naturalist from Britain discovered the underlying principle of biology i.e. that all of life is related. Think about it for a second, and you will realize that after conquering the sea and dominating a significant portion of the known world, it was going to be a hard fact to ignore, the unusual distribution of organic beings around the world and the great diversity of organic beings in the world, and the matching of form to function in the organic world. Now we know from the distribution of organic beings, systematics, fossil records, comparative anatomy, molecular biology, genetic studies, and many others, that all of life is one and related. The deepest fact of biology, which  I was never thought in school is that the bacteria, house fly, the mango tree, an octopus, myself and all the other organic being we share the planet with, are cousins albeit many times removed. Take some time to digest this fact. Truly remarkable!

Now, something you can more immediately appreciate – on-off, light-no light, dot-dash – these are the building blocks of Facebook, Instagram, Google search, Uber, Word processors, the Internet and literally all electronic media. Outrageous you might say, but true. Claude Shannon is a man very few people know of yet his work is just as significant in our modern information age. From Shannon, we learn that all information is nothing but patterns and this helps point out the beautiful relationship between electrical circuits and logic operation. The great Alan Turing delivered a sermon on the universalTuring Machine(UTM) – a device with the basic set of operations that makes it possible to compute all functions that can be computed by all devices that can possibly be constructed. The only difference is an issue of difference in speed or performance. The UTM is the most versatile object man has ever created. Most of us own one of these machines by way of a cell phone or laptop or even a calculator. The catch is that this is an existential theory, the theory doesn’t tell us exactly how to make the UTM act like any other computer. One of the deep takeaways from this is that your cell phone can be programmed to execute a program corresponding to a mind or consciousness.

So now, we return to the questions I wish to address: are we nothing more than enchanted matter?; are we an executing-software on the hardware of the brain?; brain hardware that was evolved over millions of years from the many selection filters that our ancestors experienced?;  hardware that is made up of the elements on the periodic table?; of the same elements distributed all over the universe when a star comes to the end of its life?  All of this sounds depressing. That there is no meaning to our lives, that we are not special, that we do not figure in the significant events in the universe. On the surface, this is the condition of man. However, maybe we are not insignificant. For one thing, Turing told us that there can be only one type of universal computer and that all universal computers are equivalent. We also know that amongst all the sets of transformations of matter, there are only two types of changes; those forbidden by the laws of nature and those not forbidden. If we consider for the construction of an aeroplane, smartphone, internal combustion engine, vaccine, fertilizer and a microprocessor from their raw materials, one thing stands out, which is knowledge. Knowledge and knowledge creation is the principal distinction of man. It’s not in our looks, strength or distinct physical traits; man is principally an upright thinker capable of creating, storing and transmitting knowledge. Ever since we learned how to create fire, we have been creating and transmitting explanatory knowledge. Our collective accumulation of knowledge in the form of people and books is our principal advantage and therein lies our significance in the universe. We were born with an innate hunger for explanatory knowledge and the capacity to create new knowledge. At the core of the human spirit is the insatiable need to know. Is it not amazing that after 13 billion years, a creature has evolved, walks upright and developed a potent working understanding of how the universe works. To be sure, we are only at the beginning and will always be at the beginning of our search for more useful knowledge of the world. To embody the true spirit of the human condition is to recognize that knowledge is significant, can be created and that all problems are due to a lack of knowledge—this is what the physicist, David Deutsch calls optimism. We live in a rapidly changing world today only because there are more people engaged in the knowledge creation activity. Our destiny in this universe would depend strongly on how best the Human spirit channels the power of knowledge.

Eugene Anim is a Telecommunications engineer and a science enthusiast. He is also a member of the Ghana Humanist Association.