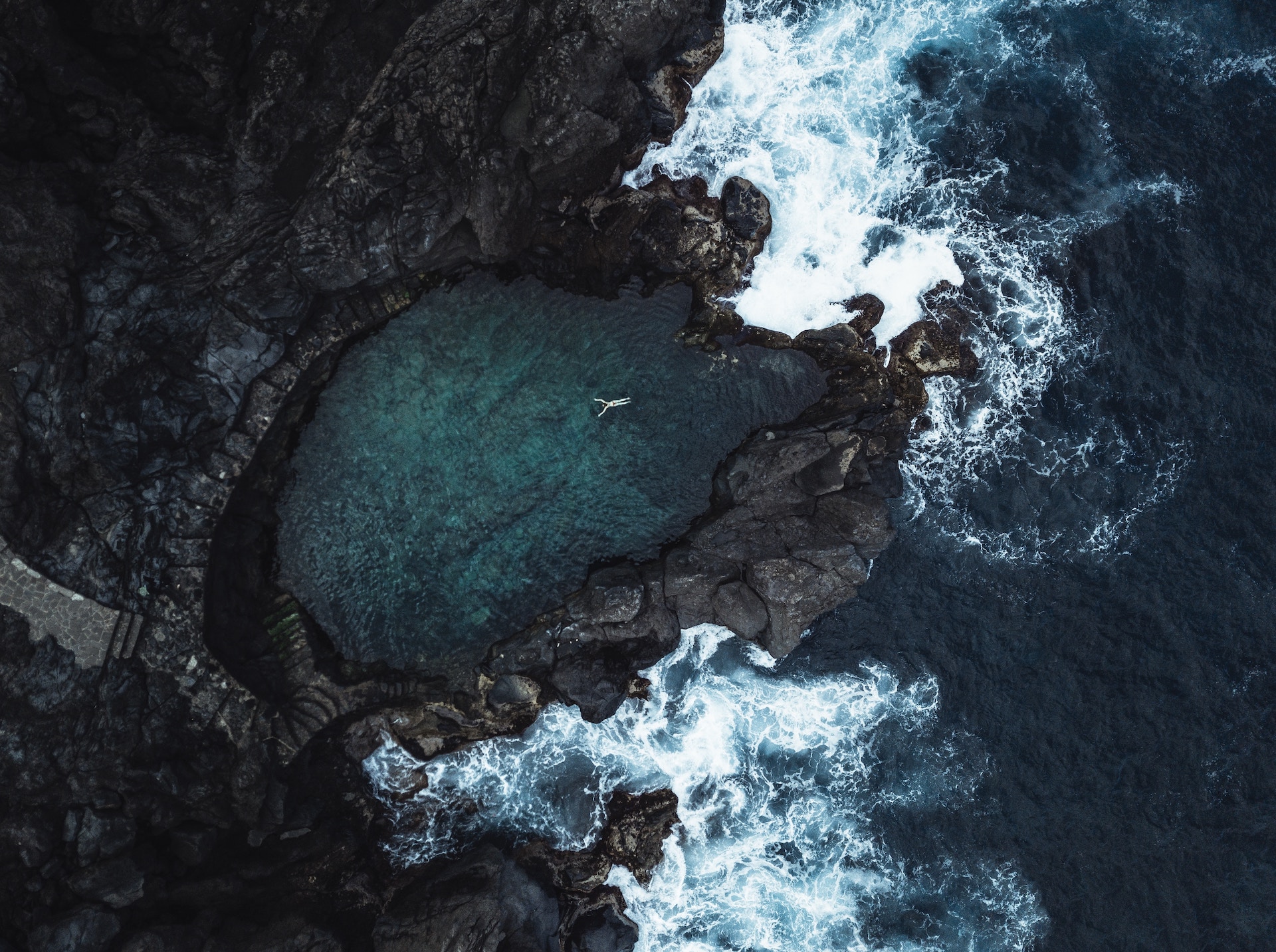 Challenging beliefs held by society can isolate you from family and friends. It is a difficult journey but some have been brave to take it, feeling they have no choice but be true to themselves. Here are some stories from our members.

There were many factors involved in my “letting go” of my faith, but one of the biggest ones was both individual Christians’ and the Church’s aversion to logical thought and intellectual inquiry. When I had questions about the Bible or theology, people would accuse me of “over-intellectualising” my faith. I was told that it was a matter of the heart instead of the mind, which is a serious bummer as I’m not a very emotional person to begin with; nothing else in my life could be considered a “matter of the heart” unless it’s also accompanied by a serious dose of logic. I spent a lot of time trying to fix my “over – intellectualising” habits and trying to feel the presence of God more deeply. I couldn’t do it.

I got tired of people telling me to stop thinking, and (even as a Christian) it made me sick to think that so many people could just accept something without thinking at all about it, without having any qualms about the fact that the tough questions are still unanswered. I am not bitter or angry. I have not been hurt any more by people in the Church than by people outside of the Church, and I harbor absolutely no resentment or judgment toward those who still choose to be religious. I have no grudges, religious or otherwise.

I think the thing that bugs me the most about Christianity in Ghana is the common assumption that everyone is Christian, coupled with the added assumption that if you are not Christian (i.e. ‘saved by the blood’), then you are evil, or at best, misguided and so must be rescued from yourself. Once you’ve been in this ‘game’ (of debating creationists and other such religious extremists, not so much to de-convert them as to make sure there IS debate and not just the appearance of a consensus) for a while, you realise that the theists don’t believe atheism exists.

They think we’ve just chosen to worship something else as our god. And if you can convince them that we really don’t worship anything, they assume that therefore we have no morality. It really is most vexing. Since letting go of Christianity years ago, I finally feel free and healthy and sane, and I honestly have never been happier. Anyway, I’m sure my “de-conversion” story is almost cliche by now.

I wanted to believe simply because it was why I existed, rather than for Heaven or Hell. I wanted Faith, not dogma. So I searched history, various denominations, men of God, music and Bible reading. The more I searched and the less and less attention I paid to the idea of Heaven and Hell, the more the allure of such fantasy was lost – especially while my entire life was at stake.

I have not always been a faithless person, I was born into a STAUNCH Christian family. Very staunch, that you dare not tell dad you were tired of morning devotions or Sunday’s church service. Ever since my childhood I’ve had some doubts and questions that were still not answered by anyone and if I asked a question about God, the answer I get is “You will go mad if you think about God” even though the Bible says otherwise that we should learn of God and his ways. If you have lived in Ghana I know very much you will relate to this.

Reading the bible is also what made me an atheist. Ironically funny but true. I found very serious contradictions everywhere in the bible. Which probably can’t be blamed on an all-knowing deity. I contacted some pastors and other christian friends about that and none was able to give me a satisfactory answer. They all had to conclude after long conversations that the bible had undergone translations and versions hence the mistakes. Perhaps, that is the best answer to stop me from asking further questions. So why was the clergy not correcting those mistakes?…I dunno.

Over time my interest in church waned, but I never actually stop being a Christian or believing in basic Christian doctrines. Indeed, my interest in religion itself grew, and I found myself craving for stuff dealing with religious history and origin.  I learned more about Christianity researching into it myself than I did learn in my church.

Even though Christianity was a religion started by men years after it’s inspiration and mentor had long left this earth, it is also one which had been awfully perverted the more over time through human actions. I came to believe that other religious faiths were also equally invalid alongside Christianity. They all had similar stories, contradictions, absurdly strict moral values, bad documentaion etc. I did not believe that any particular religion was more True or more valid than any other.

I expanded my search. I craved information,  both religious and non-religious. The further that went, the more empty the concept of God would become. In 2007, I finally concluded that the concept of a deity who promises a glamorous immortal afterlife after putting us through pointless suffering and having communicated with us even through pathetic signs that appear in the most absurd places you can ever think of is seriously irrational. What’s the point of believing in an empty and meaningless God? In my perspective, If God truly exists, I don’t think he would’ve prefered faith over rational and evidencial decision making.

After centuries of awesome scientific advancements and technological successes that explains our world in the best way backed by evidence, of which religion has failed to, I would rather seek knowledge, cling to rational thinking and understand my existence in the best way without barriers than clutch my hands in prayer in wait for God to heal my heat rashes and send down angels to write my final exams. I prefer a painful truth over a blissfull fantasy.

I didn’t grow up in what is called “a typical Christian home”. My mum was devoutly religious, and attended (she still does) one of these spiritual groups that met on Sundays, but refused to be called neither Christian nor church.  She took me along every Sunday, and for the most part I also refused to be called Christian. Indeed, there were doctrines that more than questioned mainstream and/or unorthodox religions.

In large parts, my doubts started here. I was asking questions, Yea! The familiar ones and I got those answers – “You’re questioning God and the Bible! Stop it or you’ll go mad!”.

I couldn’t take it. I began finding out for myself. Eventually, I came to the conclusion that, I couldn’t take the fiction and I had to be honest, at least with myself. I owed me that. At that time, everything I believed unfolded before me. I felt like I was looking over the edge of an abyss. I could not continue believing. Unbearable cognitive dissonance finally pushed me over the edge.

I couldn’t tell my mum or my sisters. But I saw and still see the pain and hurt in their eyes because I won’t go to church and I don’t do anything religious — Once I made the comment that the doctrine of heaven was for the coward, the poor and the ignorant, and that I couldn’t believe in that! I saw tears in my sister’s eyes.

And so I came to the stark realization that most of the things that were to affect my life the most, and which I have learnt from the people around me were, to be precise, illogical. They were nonsense!

I decided to free my mind and live my life. It’s the only one I have. I couldn’t gamble with it. And the air I breathe is oh, so refreshing…

I spare you the rest, its familiar territory.

I have always been a rational person, ever since my childhood. I have always known that nothing in this world happens without a sensible reason, and that behind everything we cannot understand there is a hidden truth that we have not fully grasped. I applied this principle while trying to understand the message of faith and religion on which I was raised. I always knew that I would someday find the answers to all the difficult questions and contradictions presented by faith and religion, for which no-one around me had any meaningful answers. My family, friends, and religious leaders all advised me to believe everything I was told without questioning. I was never satified with this, and kept on searching for the real answers, and I never stopped searching until I found the whole truth. This journey has not been easy, but it has been the most important journey of my life. For anyone who has been raised on the bible, quran, or traditional religion all your life, the truth will at first be uncomfortable and unfamiliar, but it will change your life forever. I have found the truth, and now I am truly free.